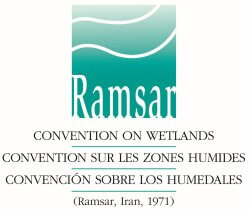 There are two Ramsar areas in Luxembourg. The most important wetland in Luxembourg, listed under the Ramsar Convention, is the Haff Réimech nature reserve in Remerschen.

The second, cross-border site, proposed in 2004 together with the Walloon Region, has just been admitted to the international network of Ramsar areas.

In addition to the typical wetland plant species, there is one of the rare marsh epipactis and marsh lousewort stations here. The fauna is also remarkable because of the presence of the black stork, but also of the otter, a species that has been in sharp decline since the 1940s, the pearl mussel and the Dutch mussel.

On the Luxembourg side, the new area is under the protection of the Haute Sûre Nature Park, created in 1999, as well as the Nature 2000 Network. The administrations of both countries are working closely together to develop a common management plan.